Do you Know How Much Your Law Firm is Worth? 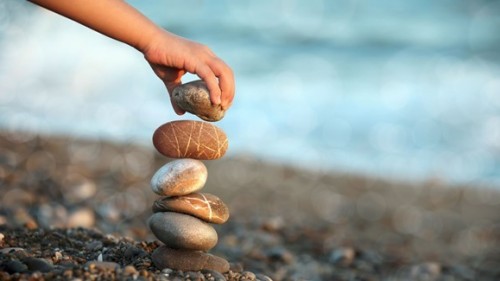 Right now, anybody with a financial interest in a law firm should have a trustworthy, up to date, and independently validated view of what their firm is worth. The drivers that determine what a law firm is worth to a potential acquirer have evolved substantially in recent years and the way firms are valued can be far from straightforward. In addition, the pandemic and the UK's exit from the EU have changed the shape and nature of every legal business and further complicated perceptions of value. It is imperative that every law firm knows its current worth and has a clear plan for how to maximise the substantial value that can come from building a successful law firm.

Most partners need an urgent reality check to consider the true value of their practice to any potential merger candidate or acquisition; but beware, partners trying to negotiate their own path usually find that the potential transaction falls apart predominately, due to unrealistic expectations on the part of the firm eager to merge.

Many accountants and brokers have informed law practices that their goodwill can be valued on the basis that they own their existing WIP and debtors, and they can reasonably expect a third of their current turnover as a valuation for their practice. The worst example of this is following a "courtship" of nearly 10 months, several meetings with the two partnerships a 20 million turnover practice was asked to pay twice times turnover of a 2 million turnover practice following advice from their accountant. The figure was calculated on a multiple of four times profitability. The profit of £500,000 was fine but the accountants did not seem to recognise that the figure was before partner drawings!

I have yet to see that valuation being met by any prospective purchaser or merger, but have seen many potential mergers failing because of intransigence on behalf of the partners.

When valuing businesses in general, there is usually a multiplier used for each specific industry to calculate the asking price for that business by a multiple of the profitability; this can vary from twice times profits up to 10 times profits in the extreme. However, in a law firm, profits are invariably quoted prior to partner drawings, and most of these profits are removed by the partners leaving very little, if anything. If we were to apply the multiplier method, what multiple can be used if there were no profits after drawings? Whatever multiplier we use, if we multiply this by zero, we are left with zero.

The only way to calculate any multiplier is to use a calculation to identify what are commonly known as 'super profits'. These relate to the profitability of a practice, and are based on the following calculation: assuming existing partners are retiring or leaving, the basis is to take profitability prior to any partner drawings and establish the cost, including employer's contributions, of replacing them with either salaried partners or senior fee earners.

The total of these replacement costs would be £120,000, therefore, leaving super profits of £180,000. We can then calculate a multiplier to create a value for the acquiring practice - anywhere from one to four times the 'super profits'.

Many acquiring practices will only pay the agreed value over a period of time, either three, five or seven years, and the contract would be subject to ensuring existing turnover and profitability is maintained over that period.

Remember that 'beauty is in the eye of the beholder', and sometimes, a more subjective view could be taken dependent on the disciplines of the acquired practice and the potential match between the merged practices. The ability to integrate new services and cross-selling opportunities would add obvious value to such practices.

I have seen merger talks break down because the disciplines of the two practices are simply not compatible. For example, a recent potential merger failed because one of the parties insisted on keeping their publicly-funded criminal department, and that discipline was not part of the vision for the other practice.

In some cases, if a merger is to succeed, it may be practical to move a department out of the firm and allow the existing partner responsible for that department to purchase it for themselves. This then allows an obvious perfect match to proceed to the benefit of both parties.

If you would like to discuss your particular circumstances with one of our experienced team then email info@vivwilliamsconsulting.co.uk or call 0333 242 3993 to arrange a confidential no obligation chat.