The Closure of Solicitors Indemnity fund - what could possibly go wrong for me? 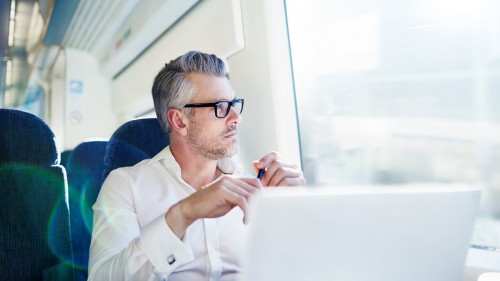 A client of a Legal Practice can bring a negligence claim against that practice or the professional (employee) advising them subject to proceedings being commenced within a certain time frame (failing which it will be statute barred under the time limits outlined in the Limitation Act 1980).

Since professional indemnity insurance is 'Claims Made', these time limits are extremely relevant. This is because the policy provides cover for claims made against the defendant and notified to the insurer during the live policy period of insurance only. You cannot claim against a professional indemnity policy which has already expired. Therefore, it is critical to maintain a live policy until legal liability for negligence ceases.

In general, there are two-time limits for professional negligence claims. They are either based on contract or the common law tort of negligence. Under contract law, a claimant has six years from the date of the breach of contract to bring a claim. Under the tort of negligence, a claimant has six years from that date when they suffer a financial loss because of a negligent professional. These periods are both known as the Primary Limitation Period.

In some instances (for example in claims that are for negligence only), the time limit may be extended if the negligence is discovered at a later point in time (e.g., after the Primary Limitation Period) under s14(a) Limitation Act. This is known as the Secondary Limitation Period. The time limit in these instances is three years (unless extended by s 32(1)(b) from the Date of Constructive Knowledge, which is the date the Claimant become aware (or ought to have been aware) of the negligence.

Additionally, there is an absolute long stop of 15 years for professional negligence claims under s14(b) Limitation Act. This means that if someone discovers that they have suffered a loss because of negligent advice from a professional more than 15 years ago then they will be unable to make a claim.

However, there is an exception to the fifteen-year cut-off provided by the longstop. Under s 32(1)(b) of the Limitation Act claims are still admissible if the defendant, deliberately concealed a fact relevant to the claimant's cause of action. That includes the situation they committed a deliberate breach of duty in circumstances where it was unlikely to be discovered. In such a situation the time limit is then six years from when the claimants discovered, or could with reasonable diligence have discovered, the relevant facts.

So, in a nutshell, law firms need effective 15-year professional insurance cover from date of closure or sale.

SIF and SIFL were established under Section 37 of the Solicitors Act 1974. Their operation is currently governed by the SRA Indemnity Rules 2012.

In 1999 the solicitor's profession elected to move towards an insurance based open market scheme with the consequence that SIF entered run-off with effect from 1 September 2000.

SIF has provided Expired Run-off cover to firms that ceased without successor since 1 September 2000 for the Secondary Limitation Period. The Primary Limitation period being covered by statutory run of cover as per SRA requirements funded by either the Firm or the insurer in the last year of cover (in cases of insolvency).

*On the 30th of September 2021 SIF will cease to provide this Expired Run-Off protection leaving many exposed to uninsured professional negligence claims.
The Law Society has issued a series of warnings ahead of the closure of SIF on 30 September 2021.*

"As things currently stand, after the closure of SIF, if a firm ceased trading without a successor practice and its run-off cover has expired, and the former principals have not made alternative arrangements, then any new claims will be uninsured. Make no mistake, there is a significant risk of claims arising more than six years after firms cease operations, with data suggesting over 10% of claims are made outside the SRA's mandatory run-off period. If you practised in areas such as conveyancing, wills and trusts, child personal injury settlements or matrimonial property, claims could occur decades after work was completed .If you have retired, or intend to retire, or if you were employed by a firm that has closed without a successor practice, then there is a possibility that you could find yourself personally liable for claims arising once the firm's run-off cover has lapsed, and should prepare accordingly," - Law Society president I. Stephanie Boyce

Whilst urging those affected to consider their exposure and investigate the possibility of alternative cover the reality is that at present insurers are not offering replacement cover for this risk and should a product ever be created it would be prohibitively expensive to most if not all.

The Law Society still maintain that they are continuing their efforts to seek an extension of SIF and seek certainty from the SRA about its future plans.
So how could this affect you?

For Firm's who are currently trading succession planning has never been as important. A structured closure with the purchase of mandatory run off cover (6 years) will still not cover you for claims brought within the Secondary Limitation Period.

Clearly, finding a "Successor Practice" is the better solution, even if you must fund the acquisition to make the proposition attractive for the acquiring firm. Further as detailed below the successor practice must survive the secondary limitation period to provide you with full protection.

For this reason, if being acquired due diligence needs to be carried out on the Successor Practice's financial stability and long-term viability!
For Firm's who have ceased trading their position varies dependant upon the nature of the closure:
(i). Closure with a successor practice:

Many retired partners think that in this situation they are protected, which is incorrect!

(ii). Closure without a successor practice:

In this situation you are exposed to an uninsured risk for the Secondary Limitation Period. This will apply to Partners who were with the firm at the date of the negligent act. Any indemnity between partners upon retirement applies between them and not the Claimant. Hence, if you retired years before the firms actual closure you are still exposed.

Dealing with a historic claim against an organised Professional Negligence Claimant Firm will prove to be difficult as:

>You will need to finance your Defence
>Your historic Partnership Group may be fragmented
>The files relating to the claim will probably no longer be in existence
>The professional dealing with the matter may be hard to trace, uncooperative or no longer alive.

(iii). Closure through Intervention or Insolvency:

If a Partner in a Law Firm has because of an intervention or insolvency process of the firm (or for any other reason) had to enter their own personal insolvency process (i.e., Bankruptcy or an IVA) then any claims arising out of a negligent act that predates their insolvency will be captured by it under s260 of the Insolvency Act.

This does not mean Claimants cannot claim against insolvent partners because they can. However, their recovery of damages will be limited to the amount they would have received had they been included as a creditor in that insolvency getting a similar percentage in the pound return.

For Partners (both Equity and Salaried) who have left prior to the closure they will be fully liable for any claim arising during their period as a partner. If they have an indemnity from remaining partners this will also be captured under s260.

Finally, an unenviable situation now arises for Employees who are personally liable for their negligent professional advice and are now also uninsured.

Historically employed solicitors have not been sued for negligence by their former clients, as actions have been aimed at their employers since they had insurance cover both through their own insurers and through SIF. (Although it should be noted that some firms have sued former employees for their insurance excesses).

Other professional advice sectors where there is not a requirement for such stringent insurance cover (up to 15 years) have not been so lucky. This has particularly affected those who work in chartered surveying following the landmark test case of "Merrett v Babb" 2001, the Court of Appeal held that, following the insolvency of his former employer, Mr Babb was personally liable for a mortgage valuation he carried out over seven years earlier.

Whilst the case law has been evolving in this area, in favour of the professional as we can see from the decisions of "Mavis Russell v (1) Walker & Co (2) Robert Chisnall "and "Matthews v Ashdown Lyons and Maldoom" the decision in M v B still means all professionals and employees who provide specialist advice on behalf of their employers could face the alarming spectre of uninsured personal liability.

It should be noted that the Defendant's costs in the later cases were funded on their behalf by their representative body the Chartered Institute of Surveys. I doubt whether the Law Society will represent its members in this manner!

Employees will be particularly vulnerable if their firm or company:

The Court of Appeal emphasised that prudent employees would wish to ensure that their employers' insurance covered them personally and that such employees may need to take steps to obtain personal insurance if that cover did not continue after their employment ended. Whilst the Court of Appeal's observations are highly germane, such insurance cover is not, as a practical matter, presently available to former employees.

The case has far reaching and alarming implications for all professionals and employees who provide specific advice on behalf of their employer. History shows that, when losses are suffered, many clients will explore all available avenues in seeking to recover those losses from their advisers. Law Firm failures have increased alarmingly over the last 8 years and this, coupled with the highly unsatisfactory state of the law on limitation, only serves to heighten the vulnerability of such individuals. The remuneration which employees receive is not commensurate with the risk of attracting a potentially ruining personal liability and such an exposure is unlikely to have ever been contemplated by them.

In response to the issues raised by this case Law Firms should consider:

In conclusion as you can see the issues are complex!

If you are looking to protect your position so we strongly recommend you talk to us regarding your specific situation and the options available to you such as:

If you would like to discuss the points raised in this article or anything else relating to your business CLICK HERE to book your free, confidential, no obligation consultation with one of our experienced team.